This event was originally rescheduled to run in June, then was cancelled for the year and will be returning March 25-28, 2021.

This Hawaii convention has postponed until August 7-9 and partnered with Comic Con Honolulu giving the islands a much larger and safer experience. 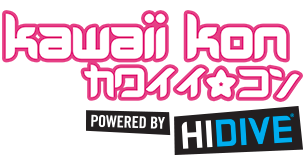 This event held in Secaucus, NJ started in 2012 and has been going well for eight years. Unfortunately, they had to cancel this year. I hope we see them next year.

Known to many as ACE, this Chicago area event has been postponed to May 21-23, 2021. They have set up a virtual artist alley and exhibitor hall you might want to check out.

PopCultHQ has covered this event several times, and thanks to Dominque Richardson a.k.a. rwbysniper, we have some great photos from last year.

Calgary’s Japanese anime and pop culture festival has been rescheduled for May 21-23, 2021.

For over 30 years, Motor City Comic Con has been held on the outskirts of Detroit and like many, they had to cancel. This is a great place to find everything pop culture. Last year, our writer Josh Winchester was on-site and captured interviews with actor Leslie Baker, artist team Alan Baker and Mark Farmer, writer/artist Bill Messner-Loebs, and writer/artist Mike Grell.

A small event in Nashua, NH that will return October 3.

This small steampunk-type event in Little Rock, AR has been rescheduled to December 19.

A small, one-day comic-focused event held in South Bend, IN and hosted by EPGuides. They have rescheduled to July 25.

A fun event held in Ontario, California that rescheduled to August 8 & 9.

The Vancouver Comic Arts Festival is a two-day celebration of comics, graphic novels, and their creators. They had to cancel, but that doesn’t mean they don’t have some fun stuff going on their website.

This Virginia Beach event has been pushed back until next year. They frequently have an impressive guest line-up and this delay should allow them to rebuild another nice round of guests.

An ’80s theme event out of Atlanta, GA that had to cancel.

A local comic con event held at the Minnesota state fairgrounds. They do have a fall event planned for October. Let’s hope that everything returns to normal by then. [Cosplay] A Look Back at Dupage Mighty Con 2015

May 20, 2020 April Carvelli Conventions, Cosplay Comments Off on [Cosplay] A Look Back at Dupage Mighty Con 2015

There were a lot of events we didn’t make it to in 2015, but Mighty Con was local to us. We met some great cosplayers and took some fun photos.