This week, there are a few movies we have been eagerly awaiting….Doctor Strange, Hacksaw Ridge, and Trolls. But, that is not to say those are the only movies hitting theaters this week. 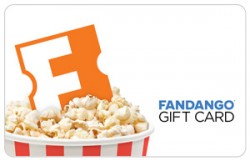 After a car accident leaves him with nerve damage that ends his career as a New York neurosurgeon, Stephen Strange (Benedict Cumberbatch) travels to Kathmandu in the hope of finding an otherworldly cure for his injuries. There, a powerful mystic known as the Ancient One (Tilda Swinton) accepts him as her pupil and trains him in the art of sorcery. Eventually, Strange must use his new powers to stop a rival (Mads Mikkelsen) from causing chaos by accessing the Dark Dimension. Rachel McAdams, Chiwetel Ejiofor, and Benedict Wong co-star in this entry in the Marvel Cinematic Universe

Mel Gibson directed this biopic about World War II Army medic Desmond Doss (played here by Andrew Garfield). A conscientious objector who refused to take a life or even carry a weapon, Doss was eventually awarded the Medal of Honor for saving the lives of 75 soldiers on the battlefields of Okinawa. Hugo Weaving, Teresa Palmer, Vince Vaughn, and Sam Worthington co-star in Gibson‘s return to the director’s seat.

Jeff Nichols (Midnight Special, Mud) wrote and directed this biopic about Virginian interracial couple Richard and Mildred Loving (played by Joel Edgerton and Ruth Negga), who were sentenced to prison in 1958 for violating the state’s laws against miscegenation. The Lovings decided to fight back, and their case led to a landmark Supreme Court decision that struck down laws prohibiting interracial marriage

[Video] Sorry Legolas, Yondu is The One and You Suck

August 26, 2017 Jason Bennett Fan-Made, Video Comments Off on [Video] Sorry Legolas, Yondu is The One and You Suck

The entertaining team over at How It Should Have Ended have put out their latest video and we’ll warn you in advance…the chorus may stick with you. How It Should […]

Regardless of your thoughts on Batman v Superman: Dawn of Justice, here’s something we can all appreciate. Vance Kovacs was tasked to produce concept art for the DC Comics blockbuster […]