PopCultHQ continues its look at Action Lab Entertainment’s Bigfoot – Sword of the Earthman with issue #3. Over the next couple of days, we will have for you our reviews of all four available books in this title. No worries. No real spoilers, but will certainly be sure to discuss the progression of this series and, by the looks of it, the countless ways this futuristic tale could go. Feel free to read our review of issue one and issue two. Issue three’s tale, entitled “Thieves of Olympus Mons,” propels us further in our quest for The Heart of the Sun, but also brings the Earthman and Castor to a dark, haunting lair away from the arid desert surface. The Volcano Queen is our duo’s newest roadblock. There is a whole mess of stuff that’s pretty sweet about her, but alas I said I would keep it spoiler-free. Awesome character though.

Henaman’s story has progressed to a slightly dark, mystic, and at times cryptic (in a good way), habitat that will have the reader enthralled in the aspects of the Martian world, especially sci-fi fans. I simply keep wanting more. He delves deeper into this land divided by dark and light.

Bonvillain is on point for using appropriate colors to help define that division, especially the cool tones (blues, purples). Her usage of shading compliments the dark tones the story will tell. But at the same time, the warm tones and pastels of the surface creates an atmosphere of an arid, dried-up land.

Artist Andy Taylor continues to show growth in his range as he is creating fantastic new characters in this alien world. You almost get the feel he gets more excited with each next panel where he can really show his range.

I have to say, that each issue has gotten me increasingly enamored with this story and this team. Their synergy is apparent and will continue to garner them success and recognition for this title. 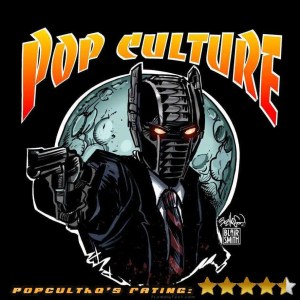 Be sure to follow these incredibly talented creators through their various social media outlets:

This Wednesday, November 29th, Action Lab Entertainment has the latest from Zag Entertainment’s MIRACULOUS. This issue sees music lover Vincent akumatized by Hawk Moth turning him into The Pixelator. Will Jagged Stone, the […]